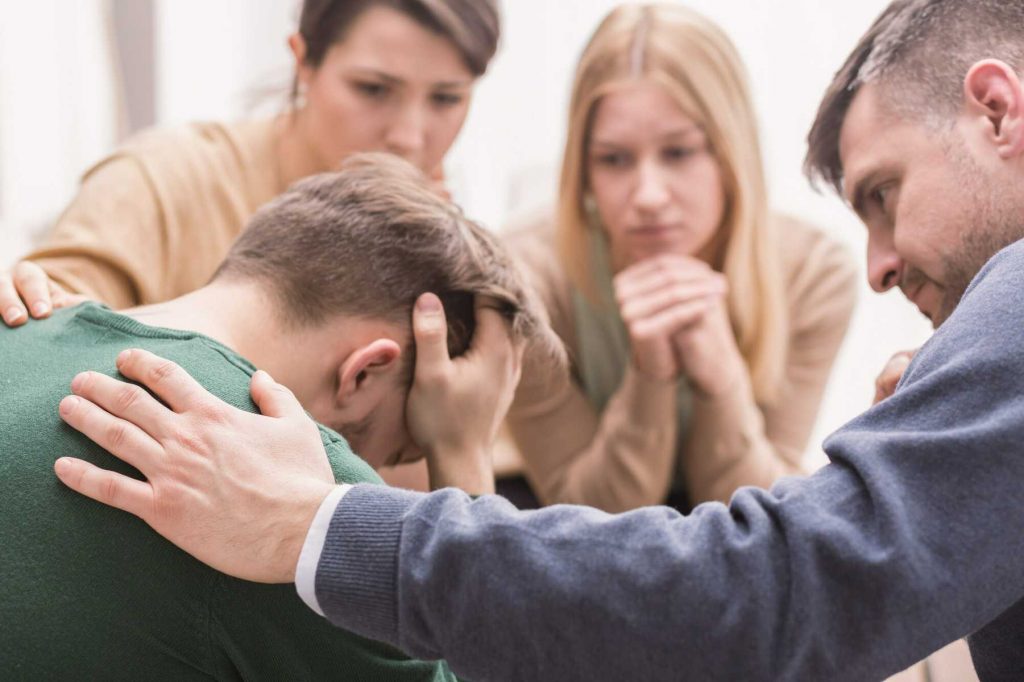 Did you know that 385 Americans die from alcohol misuse every single day? Globally, this number increases to 3 million people a year. Most people have tried alcohol at least once in their lives. Drinking can be a fun way to enjoy time with friends, watch sports, or meet someone new at a social gathering.

But alcohol has a dark side. And when it’s not used correctly, the substance can cause many problems in a person’s life. Unfortunately, most people think alcoholism could never affect them, and they wouldn’t need to join support groups such as AA meetings.

Unfortunately, countless people turn to substances like alcohol to numb depression and sadness. For example, the COVID pandemic led to a 60% increase in US alcohol consumption. Nobody wants to become addicted to a substance. But in reality, it can happen to anyone.

That’s why many turn to Alcoholics Anonymous (AA) for help. Most people have heard of AA before. And those who are interested in the organization may have a lot of questions.

While alcoholism can be viewed from many angles, we see it as an illness of the mind. This illness can worsen to the point where the victim has lost self-control. This is where drinking becomes impossible to control when you can’t get through a day without alcohol.

Many AA members believe alcoholism is when the victim has lost their free will over alcohol, and a recovery program is a viable solution.

What Is Alcoholics Anonymous?

AA has created a community of men and women who can safely meet and discuss alcoholism for what it truly is. It also aims to serve as a support network to provide continuing support for alcoholics. AA serves over 2 million people in 180 countries.

What Is the Story behind AA?

In 1935, a businessman named Bill Wilson became sober for an extended period. In his moment of sobriety, he began to seek out other alcoholics.

When he helped other alcoholics battle their illnesses, the man found that it helped him stay sober. During his time in Akron, the businessman met a doctor named Bob Smith, who also suffered from alcoholism. They partnered up to explore their struggle with alcohol.

The two realized that there was a connection between their sobriety and helping other alcoholics. From there, groups were formed in Akron, Cleveland, and other locations.

What Are the Twelve Steps of AA?

The Twelve Steps are the key tenants that form the ideas of AA. These critical steps aim to guide alcoholics through the challenges of recovering from alcoholism.

The Twelve Steps result from years of experience inside the AA community. They are not mandatory rules of AA. But AA members are encouraged to apply the steps to their lives. The steps help members to uproot the alcoholic mindset and reach sobriety.

How Do I Know If I’m an Alcoholic?

Nobody can make this decision for you. It’s up to you to decide if you have a problem with alcohol abuse. Some AA members have been told they weren’t alcoholics by others. Yet, they still came to Al Anon meetings because they decided they had a problem.

In AA, a common belief is that you are an alcoholic or you aren’t. There’s no in-between. So dig deep and examine how alcohol is affecting your life.

Can Alcoholics Ever Drink Again?

Unfortunately, no alcoholic has ever been able to resume drinking. AA members stress that sobriety is the only way to control the monster of alcoholism. It is commonly believed when someone becomes an alcoholic, this will remain so for the rest of their lives.

Luckily, alcoholics will always have support networks like AA to keep them sober. If an alcoholic decides to start drinking again, they relapse in virtually every scenario.

Is AA Truly Confidential for Members?

Rest assured that the AA community will always be a safe place to share your troubles. The tight-knit community protects the confidentiality of all members. You won’t have to sign anything or tell anyone about your association with AA.

Most alcoholics who turn to Al Anon support are proud they did. And joining AA is not something to be ashamed of. Joining AA can initiate a new life for many suffering from alcoholism.

What Kind of People Join AA?

Anyone who believes they have a problem with alcohol is welcome in AA. The community includes people from all backgrounds, men and women alike.

There are young and older members, so you’ll never feel like you stick out. AA has seen it all. Some members even attend NA meetings and suffer from other drug abuse problems. Everyone has a story; AA is there to help, no questions asked.

Does It Cost Money to Join AA?

It doesn’t cost members a single cent to join the AA community. It doesn’t matter if you’re a wall street businessman or you’re financially struggling.

If you or a loved one suffers from alcohol abuse, consider AA meetings as a solution. It doesn’t matter who you are or where you come from. AA wants to help individuals get sober and stay sober.

Alcoholism is a sickness that affects far too many people, and we aim to give alcoholics the blueprint to heal. If you’d like to locate an AA or NA meeting in NY or you have more questions, please reach out to us. We’re happy to support you!

Call For More Information on Meetings and Times

2022 All Rights Reserved. To submit any corrections please email all information to info@12stepnewyork.com.