What to Expect at AA Meetings and How to Prepare 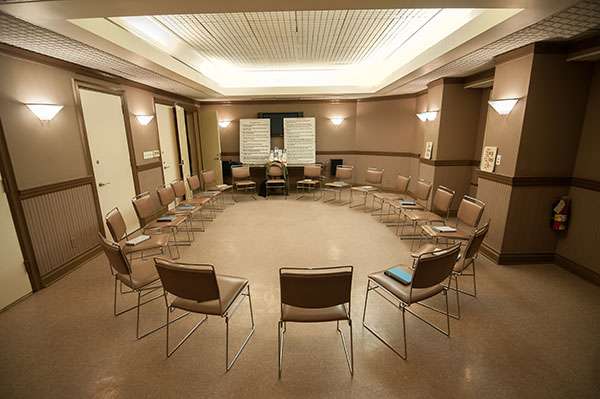 You might not know this, but Alcoholics Anonymous started in 1935 as the outcome of a meeting between Bill W., a New York stockbroker, and Dr. Bob S., an Akron surgeon. They were both alcoholics and looking for a feasible solution.

If you are suffering from alcoholism as well and think that attending AA meetings would be a solid start, then good on you for taking this first step. In the article below, we will explain exactly how the AA meetings work, so you don’t have to fear your first time going to get support.

Even though the AA groups have to follow certain dictums from the governing bodies, they are all unique and have their methods for doing things. That’s not to say that you can’t know some of what will transpire when you visit an alcohol abuse group.

The basic format of most AA meetings is as follows:

As you can see, the group’s format has a lot of space for new folks like you to share what’s on your mind and what you need support with. But if you are an introvert, shy, or afraid of speaking up in public settings, there is no need for you to fear that either.

Just being there with others who share what they are going through, the struggles, trials, and tribulations, will provide you with immense solace and consolation.

The Big Book of AA

This is considered the basic text of Alcoholics Anonymous. It was first published in 1939 and shows how the first 100 people of AA got sober. It is now translated into 70 languages and used all over the world in AA meetings.

Anyone who wants to stop drinking and start a new way of life that isn’t dependent upon alcohol to get through the day is welcome to AA meetings.

Some Tips for Newbies to AA Meetings

Everyone comes into the AA meetings with preconceived notions of how it works. We share some tips below that can help you make the best of your AA or NA meetings (NA meetings stand for narcotics anonymous – those trying to get over drug abuse).

If you are new to AA, you might be put off by all the chatter related to the divine or God. There might even be other things that come up in the meetings that make you want to close off your mind and ears.

That’s the only way you are going to get through the meeting in one piece and also be able to garner the benefits of the meeting. If you can follow this advice, your visits to any AA meeting will be that much more productive.

It’s Worked for Thousands of Others

Another thing to keep in mind is that despite all your misgivings about the 12 steps, AA has been around for 83 years and has helped millions of folks (currently boasts 2 million members in 180 nations) get over alcohol abuse. It works – that’s not to be questioned.

So if you keep an open mind and go in with an optimistic attitude, it may as well work for you. If you are serious about wanting to give up alcohol, then you will want to remember that if AA worked for so many others, it could work for you as well. As long as you give it your all, there isn’t any reason why it shouldn’t.

Don’t Let Anyone Get To You

Do not let anyone’s words, ideas, or thoughts get to you. If someone’s sharing something in the meeting that offends you or isn’t in tune with your religion or other beliefs, then that’s not something to start quibbling about. Everyone in these meetings is free to share what they want, as long as they are not insulting someone in the group directly.

Find Another Meeting if This One Doesn’t Work

If you find that you can’t stay in a particular AA group because the people in it make you tick, then find another group. Don’t give up on AA completely because of one group that doesn’t mesh with you.

Take It One Meeting at a Time

Take it one day at a time. You became an alcoholic over time, months, years, or even decades. That’s why you need to take it slow and steady when it comes to the recovery process. Don’t push yourself to get ‘better’ faster.

Everyone is on their journey here and you forcing yourself to do something your body or mind isn’t ready for, won’t make you get over your alcoholism or drug abuse faster.

Recovery from alcohol abuse is possible. There’s no need to go at it alone any longer. AA meetings are free and open to all who need them.

If you are located in New York, then find a complete directory of all the 12 steps AA meetings or Al-Anon meetings and times on our website.

Call For More Information on Meetings and Times

2022 All Rights Reserved. To submit any corrections please email all information to info@12stepnewyork.com.